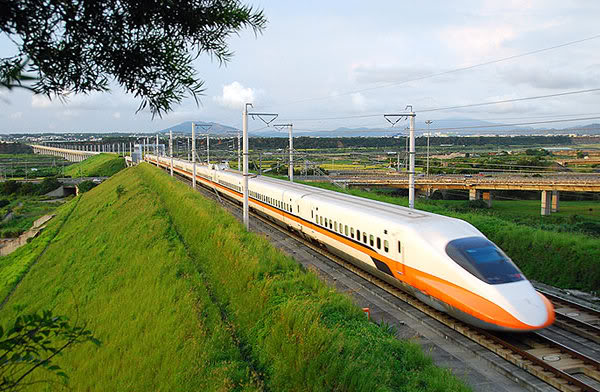 Today we talk about the fastest trains ever seen in the world. The first High-Speed train was built in Japan, the bullet train, opened in 1964 between Tokyo and Shin-Osaka. His top speed was 220 km/h (140 mph) and it remained in operation till 2008, when the last trainsets were withdrawn. These kinds of train can operate only on particular high-speed rails, and many countries have upgraded their infrastructure to connect major cities, including China, France, Germany, Italy, Taiwan, Turkey, South Korea and Spain.
High-Speed trains are not only for passenger transportation, but also for freight transportation service. The French company “La poste”, owns a number of TGV built by Alstom between 1978 and 1986, which top speed is 270 km/h (168 mph), making them the fastest freight train in the world.
The fastest trains in the world operate in Europe and Asia, but which is the fastest train between them? See the classification below:

Eager to see the top 3? Click on the following link: