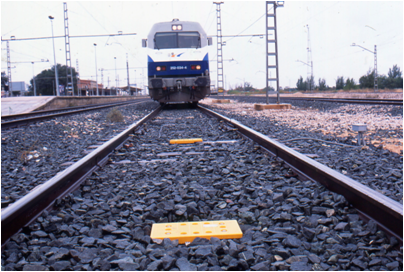 The last decades had known a significant technical progress in the railway industry, helping the gradual transition to ERTMS we observe today, which intends to replace the around twenty different and mutually incompatible signaling and train control systems that exist in Europe.

The ERTMS specification includes three basic levels of operation, depending on the manner in which the movement authority (Permission for a train to move to a specific location with supervision of speed) is provided to the train:

Other levels were planned as well, such as level 0 or STM for, respectively, non-equipped lines or the ones equipped with national systems. Besides, train detection for the effective levels 1 and 2 is provided by track circuits or axle counters.

With that said and regardless of the considered level, ERTMS comprises two main functions:

Actually, the track side equipment translates a number of useful data including sections speed limit, line profile (slopes and ramps), target speed and target location to a Movement Authority and transmits it to the on-board equipment. Based on this information, the on-board computer calculates several curves serving to inquire the speed control about speed limits and inform the driver.

Ultimately, safety requirements are met thanks to the determination of the emergency braking guaranteed performance. For the on-board computer, this performance is materialized by the EBD curve (Emergency Brake Deceleration), which describes, in a space-speed map, the limit trajectory (limit target location) that enables the train to reach the target speed.

The EBD curve enables the train to know the distance necessary to stop from the time the on-board equipment would command the intervention of the emergency brake. This distance determines a location called EBI (Emergency Brake Intervention) i.e. the point beyond which the train control will bypass the driver. Accordingly, the ERTMS/ETCS equipment ensures safe movement of the equipped train at any time.

To learn more about ERTMS/ETCS, find out the ERTMS handbook here.

Railway signalling since the birth to ERTMS