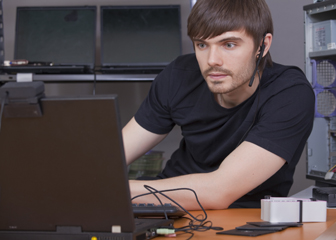 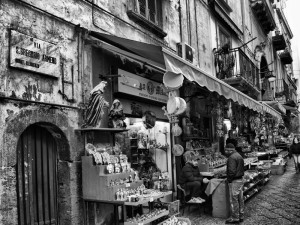 was born in Naples, south Italy, in 1953. He was the second of seven brothers and lived in a working-class district of the city. Even if his parents always ensured him a daily meal, the post-war period didn’t allow them to offer a comfortable life to their children.  In Naples a worker family bought a chicken only when someone of them was sick, or maybe when was the chicken to being sick! Anyway, the nation was growing and the new Italian Constitution, enacted by the Constituent Assembly on 22 December 1947, was clear:

“Art. 1: Italy is a democratic Republic founded on labor.”

Many years later, my father was able to get a job as train driver, while he studied to become an electronic engineer. With his degree, he was hired by an engineering company, one of the multinational that decided to invest in Italy, and married with my mother, who thanks to her Educational diploma, was a young primary school teacher.  The economy was green, noble political figures accompanied the country during the walk towards permanent development and quality of life. My parents already knew, before my birth, that their children would have had a better life than their own. 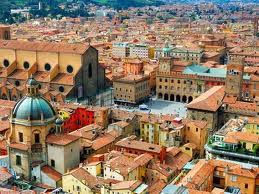 Some days ago, while I was browsing internet, a friend of mine published on Facebook a curious link, that caught my attention:

Roberto Orsi, professor at London School of Economics and Political Science (LSE) has published an analysis of the Italian Economy nowadays. “Barring a miracle, it may take centuries to rebuild Italy.”

A miracle? Let’s extract some of his studying!

“Historians of the future likely to look at Italy as a perfect case of a country that has managed to go from a state of prosperous nation and leader in industry in just two decades in a state of economic decline, inability to manage demographic fall vertical cultural production and a complete political chaos institutional. [..] The disappearance of Italy as an industrial nation is reflected in the unprecedented level of brain drain with tens of thousands of young researchers, scientists, technicians who emigrate abroad. People who produce value, along with the majority of educated people is leaving, think of leaving, or would like to leave. [..]The illusion is now widespread that many Italians grow, is to believe that politicians know how to save the country. They will be bitterly disappointed. The current leadership does not have the ability, and perhaps not even the intention to save the country from ruin.”

How an Italian young professional can feel during the crisis, in a country that is not able to give him a future, not able to guarantee him a family, completely far from the concept of science as added value?  How politics could give him help? Maybe, the best that they could do is a TV entrateinment show, on which you’ll be able to dream a night-sex with one of the hundreds show girls which invade programs, politician hot parties and Italian parliamentary chamber.  I don’t know, it may not be enough…

But, do you remember? My father got the Constitution! So, how constitution could save an Italian young professional? By the way, do you know the first articles of the Italian Constitution?

Art. 1: ”Italy is a democratic Republic founded on labor. Sovereignty belongs to the people and is exercised by the people in the forms and within the limits of the Constitution”.

Art. 2: “The Republic recognizes and guarantees the inviolable rights of the person, both as an individual and in the social groups where human personality is expressed. The Republic expects that the fundamental duties of political, economic and social solidarity be fulfilled.”

Art. 4: “The Republic recognizes the right of all citizens to work and promotes those conditions which render this right effective.  Every citizen has the duty, according to personal potential and individual choice, to perform an activity or a function that contributes to the material or spiritual progress of society.” 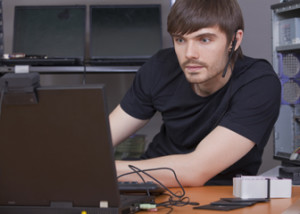 Giorgio is a young brilliant software developer.  He works for an innovative company with less than 50 employers. He has a one-year contract based position. His work contract will expire in a few weeks and he doesn’t know how will be his next future. He tried to ask news to his manager, with no feedback. Then, he decided to move in order to find another work position, which maybe could have ensured him a better salary and other opportunities to grow professionally. After a first discussion with a competitor company, his manager became aware of this and fired him, because he had tried to “betray the company” and to set an example to all the other employees who were trying to break their chains at the desk. In this way, the salary of  all young developers in Rome is completely leveled and hardly can grow. Companies are in alliance against young employers, who will always be hostages of their managers.

Doesn’t it seem, then, that this last story is representative of the common constant violations of the constitution who lives a young professional Italian?  Where is the work on which the country is founded? Where is the inviolable right to grow? How can a young professional do an activity that contributes to the material development of the society, if the society does not contribute to his development?

The serious risk is that people could follow the very bad example of the political class, forgetting fundamental values like common growth, mutual aid, culture and family. In a scene of an ancient theatrical comedy by Eduardo De Filippo the young Amedeo, Eduardo’s Son, says:  “if I saw that the ruling class did the interests of the people, then I would be the worst man in the world if I act badly. But if I see that they are a group of thieves, then you know, what is the way? Do you steal? I steal too! Everyone for himself. “