What is a Train Control and Monitoring System (TCMS)?

A TCMS (Train Control and Monitoring System) is an on-board system built with the purpose to control and monitor a list of train equipment. 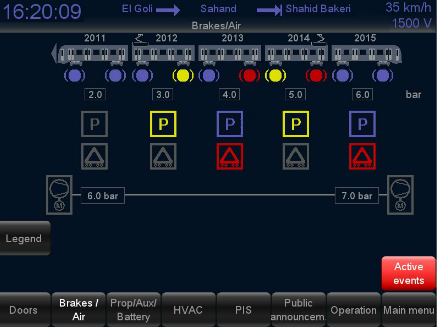 What is a Train Control and Monitoring System (TCMS)?

A control and monitoring system can be viewed as l system capable of measuring, processing and acting upon an input or combination of input signals to bring the output to a suitable defined state in order to fulfill a functional requirement.

The physical functions to be controlled or monitored may range from saloon temperature to the share of tractive effort between motor cars in a multiple unit.

The functions to be carried out by a TCMS can be classified into one of the following broad categories:

In some applications, the passenger information functions are completely separate from the TCMS – called the Passenger Information System (PIS) or Public Address System (PAS).

Here a description of the MITRAC TCMS product, developed by Bombardier.