Shanghai Metro: the longest underground in the world

Overall, Shanghai metro consists in 14 metro lines and 337 stations, with an operating route length of 548 kilometers. 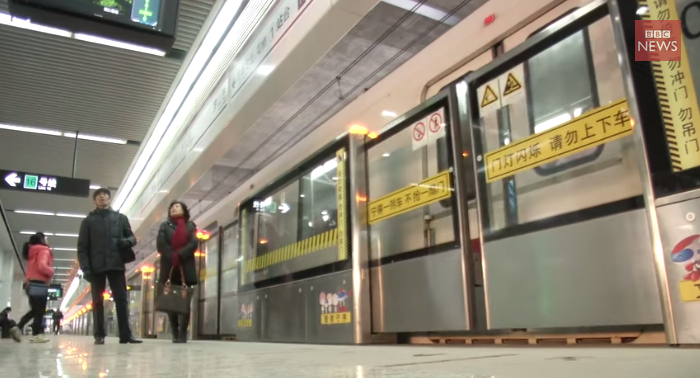 The Shanghai Metro is a rapid transit underground system in Shanghai, China.

The economic boom in Shanghai caused a surge in traffic that was beginning to overwhelm the transportation system. Thus, the city’s authorities decided in favour of a 40-year phased programme that would include 11 metro lines covering over 325 km.

Overall, Shanghai metro consists in 14 metro lines and 337 stations, with an operating route length of 548 kilometers.

This video, powered by BBC, is about the Shanghai Metro system, the longest underground in the world. It also shows how other Chinese cities, with a similar vision, are busy building their own tunnels.