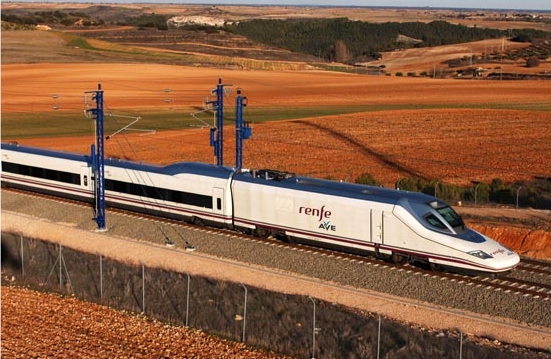 The European Union will co-finance with a combined total amount of over €72 million from the TEN-T Programme two projects to plan and implement rail track changeover to improve the interoperability of an important stretch of Mediterranean rail corridor in Spain. The projects, once finalised, will contribute to the realisation of the “High-speed rail interoperability in the Iberian Peninsula” (TEN-T Priority Project 19) The first project, selected for just over €4.8 million of funding under the 2012 TEN-T Multi-Annual Call, concerns first phase studies. Spanish railways use the broader Iberian gauge (the distance between railway tracks) which means that Spanish convoys cannot directly connect to France and the rest of Europe where the standard European UIC gauge is used. Converting the Spanish railway network to the more widely used gauge is hence of the utmost importance. These will address the final design for the implementation of UIC gauge on the rail section between the Castellbisbal Hub (located northwest of Barcelona) and Murcia. The section, which is part of Priority Project 19, will ultimately have 340 km of double track and 230 km of single track. The outcome of the studies will serve as the basis for the actual works to start. The second project, also supported by the TEN-T Multi-Annual Programme to the tune of €68.1 million, consists of works to implement UIC gauge on a portion of the rail network. The concerned section, also part of PP19, is located between Castellbisbal and Nud de Vilaseca near Tarragona. The works cover the necessary adaptations on the installations and line elements for the operation of 750 m long trains in mixed Iberian/UIC gauge. They will be carried out along 90 km of double track and 7 km of single track, allowing the access to the Port of Tarragona in UIC gauge. The project will contribute to fostering interoperability and intermodality in the Spanish rail network, ultimately making rail transport more economically viable for commercial operators. Both initiatives will be monitored by the Trans-European Transport Network Executive Agency (TEN-T EA) and are set to be completed by 2014 and 2015 respectively.