New Tube For London Due To Start In 2022

New Tube for London (NTfL) is a programme that would introduce new trains and signalling on several London Underground lines between 2025 and 2033. The trains may not have drivers, however the ASLEF and RMT trade unions that represent the drivers strongly oppose this, saying it would be unsafe. 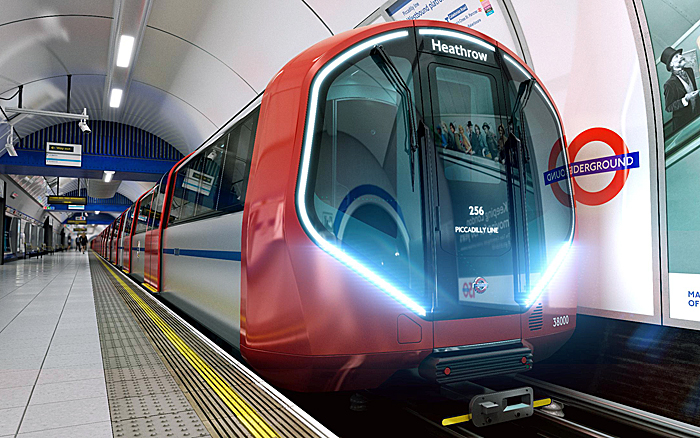 The study had showed that new generation trains and re-signalling would increase:

The new design features enhanced accessibility, with step-free platform access, walk-through carriages and wider doors. In addition, the new trains will have air-cooling for the first time on deep-level sections of the Tube.

The fully automated trains may not have drivers, however the ASLEF and RMT trade unions that represent the drivers strongly oppose this, saying it would be unsafe.

Londoners are already seeing huge improvements on the Tube network, with faster and more frequent journeys on the Jubilee and Victoria lines, the modernisation of the Northern line nearing completion this year, and new walk-through, air-cooled trains on the Circle, Hammersmith & City, Metropolitan and part of the District lines.

The new fleet (250 new tube trains), which is expected to cost up to £2.5 billion, will be rolled out in preparation for London’s expected population growth, which is projected to rise from around 8.4 million people today to an estimated 10 million by 2030. When the trains join London’s Underground network, they are planned to be in service for 40 years.

Ansaldo STS MacroLok presented as the the Interlocking solution of the future ETCS over GPRS: how, when and why!