Insigma offer for AnsaldoBreda and Ansaldo STS is worth more than 1.5 billion Euros and a relevant investment plan; Hitachi might have been discouraged by unprofitable contracts 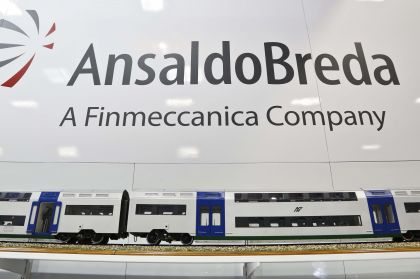 The Chinese joint-venture made by United Mechanical & Electrical of the Insigma Group and Xinzhu Corporation appears to have made a binding offer to buy Finmeccanica’s railway companies.

The Japanese Hitachi had made a non-binding proposal on November 17, but asked Finmeccanica to clarify aspects of some AnsaldoBreda’s contracts. They were especially concerned by probable delays in the supply of ETR 1000 high-speed trains to Ferrovie dello Stato (FS). When the contract was agreed Mauro Moretti, as FS CEO, dictated extremely high penalties for delays. Last May Moretti was appointed Finmeccanica CEO by Renzi’s government and now those provisions might make him lose a candidate for the acquisition of AnsaldoBreda.

Chinese on the contrary do not seem to be concerned, and according to unconfirmed reports offered more than 1.5 billion Euros through China Merchants Bank. The sum includes the acquisition of AnsaldoBreda and of Finmeccanica’s share of Ansaldo Sts (40%). The Italian law on finance provides that who buys shares for more than 30% of a listed company is compelled to offer a takeover on the rest of its shares.

The Chinese joint-venture business plan does not call the operation an “Acquisition”, but a “Merger” with AnsaldoBreda. Sources say they also committed themselves to save the three plants put on sale by Finmeccanica in Pistoia, Napoli and Reggio Calabria. The Italian holding left aside the facility in Palermo, whose employees now could lose their jobs since orders give them work until as far as the end of 2015. They might have been luckier if their plant was included in the tender, since Insigma-Xhinzu presented a substantial investment plan on AnsaldoBreda and Ansaldo Sts for the next years.

Moretti had previously stated he wants to close the operation by the end of the year. The final decision might be taken at the next Finmeccanica’s board of directors meeting, to be held on December 18 or 19. The sale of AnsaldoBreda and Ansaldo STS is part of a plan to turn around heavily indebted Finmeccanica and focus on its aerospace and defence businesses. Meanwhile the chinese offer has brought an increase of the Finmeccanica shares value of 5,91% up to 7,62€.