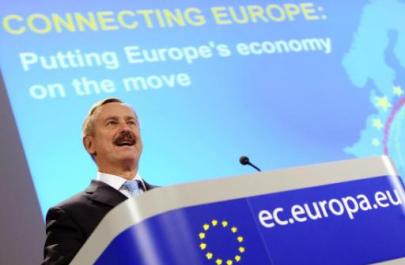 The European Rail Congress is going to organize the European Railway Awards (2nd edition). It is about bringing the euro rail network together to celebrate its achievements related to the efficiency increase of the European Railways. In particular, the common purposes are providing fast, smart and safe connectivity across Europe, reducing emissions, boosting jobs and economic growth.

The 2nd annual European Rail Congress will take place in London on 11 November 2014 and will stage a prestigious awards ceremony and summit. The European Railway Awards celebrate railway excellence across 18 different areas, so let’s have a look to some winners of last year!

London Underground won the competition against Metro de Madrid to win the European Metro Operator of the Year. The most famous metro service in the UK continues to achieve record, breaking numbers of passengers, service delivery, customer satisfaction and  journey time reductions.

Bombardier Transportation picked up the Excellence in Technology award for its FLEXX Tronic WAKO system in Switzerland.  Flexx Tronic Wako is an active mechatronic tilting/roll compensation system that allows double-deck trains in particular to run faster on curves.

European Freight Operator of the Year went to ERS Railways. Its modern fleet of locomotives and over 500 leased container platforms makes it a major player in the growing European intermodal transport market.

Thello, a subsidiary of Trentitalia and Transdev, won the European Cross Border Operator of the Year.  It operates night trains on two routes between France and Italy as an open access operator.