Alstom is expected to make a statement about the two offers by GE (10 Billion Euro) and Siemens (part of its train business plus cash) early on this week. 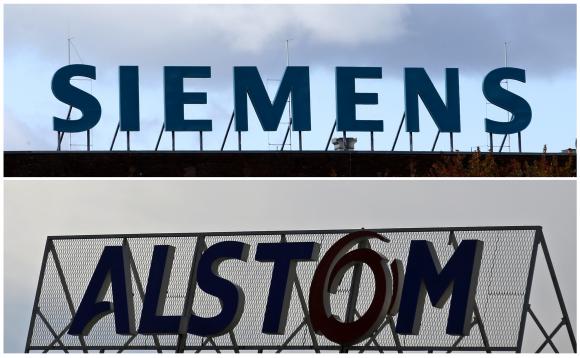 Alstom Energy Unit seems to be acquired soon by an external company.

Yesterday the board of Alstom accepted a General Electric’s offer of 10 billion euro ($13.82 billion) for its energy unit. Alstom said its board had also reviewed a declaration of interest from the Siemens about an alternative deal, and that the German company would have access to information needed to make a binding offer.

Alstom is expected to make a statement about the two offers early on Wednesday.

The rival bids have triggered a fierce national debate about the fate of power turbine and train manufacturing in France.

Earlier on Tuesday, Germany’s Siemens would make an offer to Alstom if given four weeks to examine its books and draw up a detailed plan to rival a move by GE.

“The prerequisite is that Alstom agrees to give Siemens access to the company’s data room and permission to interview the management during a period of four weeks, to enable Siemens to carry out a suitable due diligence,”

It gave no further details of its plans, but at the weekend Siemens approached Alstom with a proposal to exchange part of its train business plus cash for Alstom’s power arm. In a short letter, it had outlined its proposal worth $14.5 billion.