Water passed through the windowed rood of the station, built just two years ago. Many of these were open when the rain started, passengers claimed. 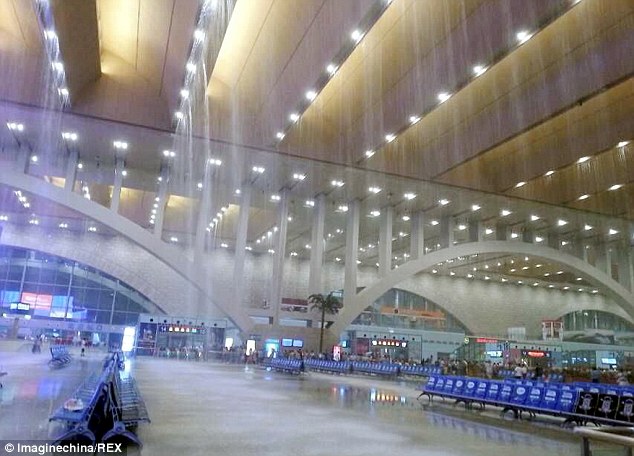 A newly built Shijiazhuang railway station, costing the city over €500 mln, was transformed into a beautiful giant waterfall after the ceiling failed to stop leakage during a heavy rainstorm.

Torrential rain hit Shijiazhuang city, Hebei province, on Thursday night, but its railway station, which is served by China’s high-speed trains, was not up to the job of sheltering passengers.

Web users who uploaded images of the station online said that service was nearly all paralyzed, as most trains were stuck at Zhengding Airport Station.

Some web users attributed the water leakage to the design of the station. In an attempt to save energy, the building takes advantage of natural lighting with a windowed roof. It’s hard to cover all the windows in a timely manner, however, if heavy rain or a typhoon approaches, allowing water to pour inside the lobby.

The station apologized for the inconvenience caused by the rainstorm and cleaned up the station overnight.